The real name of Dilip Kumar is Muhammad Yusaf Khan but well known as Tragedy King of the Hindi Film Industry. This talented actor was born on 11 December 1922 and enter in this acting career in 1944 with the film Jwar Bhata under the Bombay Talkies Production. Satyajit Ray described him as a ultimate method actor as he brilliantly served over six decades and performed in more than 60 films throughout his career. The government of India honoured him with the Padma Bhushan award in 1991, the Dadasaheb Phalke Award in 1994, And the Padma Vibhushan. 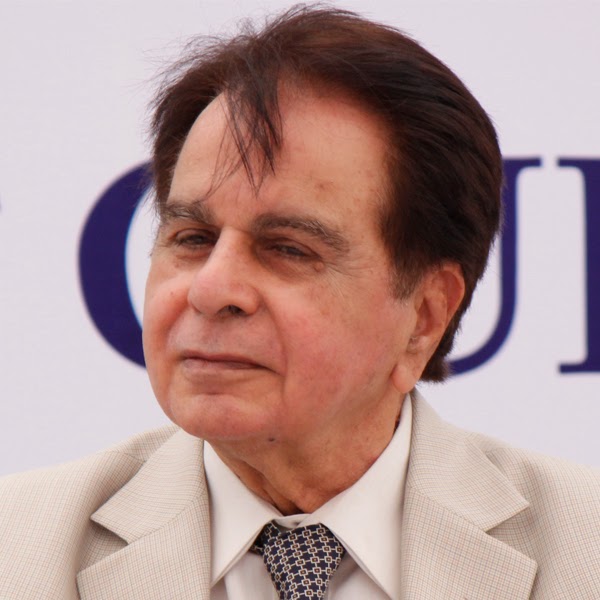 He is the recipient of Filmfare Best Actor Award and still holds the record for the most number of Filmfare awards won for that category with eight wins. Critics acclaimed him among one of the greatest actors in the history of Hindi Cinema. In a  blog post, Amitabh Bachchan has described Dilip Kumar as the greatest actor ever. Movienasha brings to you 10 Top Bollywood Movies of Dilip Kumar which should be watched and absorbed by the adults too. Numbers here are in any random order and does not suggest level of greatness in the movie. Please leave comment if you think differently and have something in mind which you want me to notice. Your comments are most welcome! I must say to all that you must watch the movie which are listed below:- 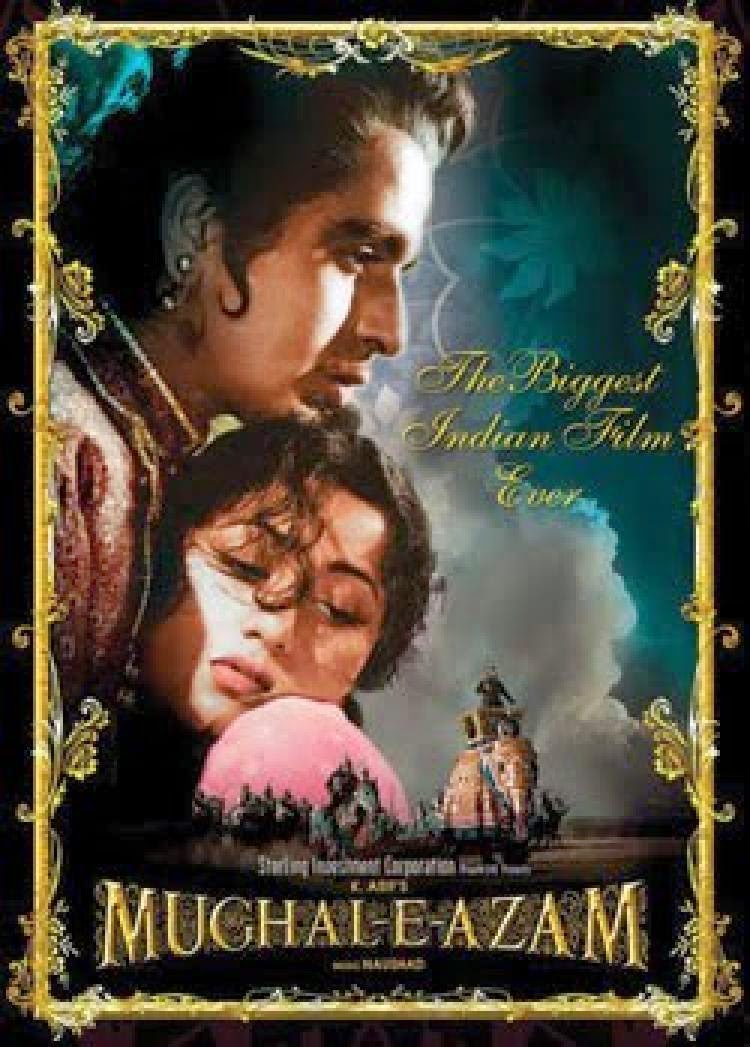 Mughal-E-Azam ( The Emperor of the Mughals) is one of the best Indian movies directed by K.Asif and produced by Shapoorji Pallonji. It was released in 1960 starring Dilip Kumar, Prithviraj Kapoor, Madhubala, Durga Khote. Inspired by a  true events, a 16th century prince falls in love with a court dancer and battles with his emperor father. It broke box office records in India and become the highest grossing Bollywood film of all time. The accolades awarded to the film include one National Film Award and three Filmfare Awards. Mughal-E-Azam was the first back and white Hindi film to be digitally coloured. 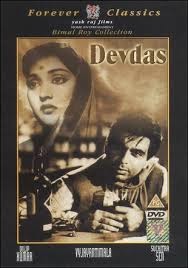 Devdas is a movie directed and produced by Bimal Roy. It was released in 1995 starring Dilip Kumar, Vyjayanthimala, Suchitra Sen, Motilal. It is based on the Sharat Chandra Chattopadhyay novel Devdas. Childhood sweathearts, Devdas and Paro grow up in a small village with a love-hate relationship which changes to love when they mature. Devdas’s dad doesnot approve of his marriage or even any friendship with Paro, and send him to Calcutta where he is intoduced to a dancer, chandramukhi, who adores him and falls hopelessly in love with him. He spent most of his time in a alcohlic stupor, and lust for Paro. Indian times Movies ranked the movie amongst the Top 25 Must See Bollywood Films. 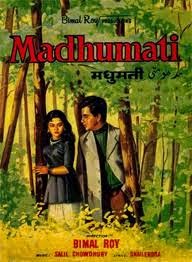 Madhumati is a Hindi drama film produced and directed by Bimal Roy and written by Ritwik Ghatak and Rajinder Singh Bedi. It was released in 1958 starring Dilip Kumar, Vyjayanthimala, JohnnyWalker, Pran. This film had set new benchmarks and was one of the first to be based on reincarnation (rebirth) and had a gothic noir feel to it. It was even very successful at the box-office and won the National Film Awards for Best Feature Film in Hindi and nine Filmfare Awards 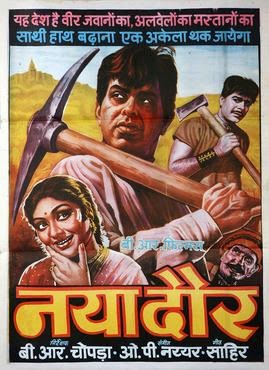 Naya Daur is a drama film directed and produced by B.R.Chopra. It was released in 1957 starring Dilip Kumar, Vyjayanthimala, Amit, Chand Usmani and Jeevan. Based on the lines of post-independence India where industrialization is slowly creeping in the focus is on tongawallahs who earn their living transporting people on tongas(horse carts). Originally filmed in black and white, the film colorized and re-released on 2007. 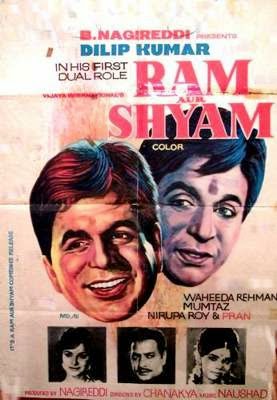 Ram Aur Shyam is a Indian Hindi movie directed by Tapi Chanakya and produced by Chakrapani and B.Nagi Reddi. It was released in 1967 starring Dilip Kumar, Waheeda Rehman, Mumtaz,Nasir Hussain and Pran. The portrayal of twins in Ram Aur Shyam after being inspired by Alexandre Damus’s. The corsican Brothers, gave way to many inspired remakes in Bollywood. The movie was fun and with Dilip Kumar playing double role, the sheer treat to the fans was awesome. 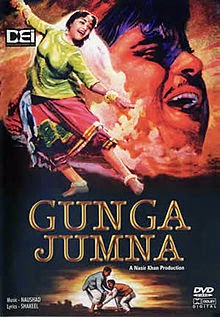 Gunga Jumna is a dacoit drama Bollywood film directed by Nitin Bose and produced by Dilip Kumar. It was released in 1961 starring Dilip Kumar, Nasir Shah, Vyjayanthimala, Nazir Hussain, Azra, Leela Chitnis. The story of a poor widow who raises her sons Gunga and Jumna against all odds. Falsely accused of theft by their landlord, the humilation causes her death and leaves the two sons to fend for themselves. The film features real life brothers Dilip Kumar and Nasir Khan in the title role. It was one of the biggest hits of 1960s and still considered as one of the most successful Indian movie in terms of box office collection. 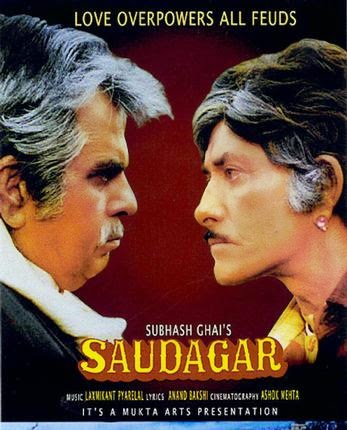 Saudagar is a Hindi film directed and produced by Subhash Ghai And Ashok Ghai. It was released in 1991 starring Dilip Kumar, Raaj Kumar, Manisha Koirala, Vivek Mushran, Amrish Puri, Gulshan Grover, Anupam Kher, Jackie Shroff. The story line is influenced from the famous play Romeo and Juliet and Mandhaari’s role is parellel to that of Friar Laurence in Romeo and Juliet.Growing up together, Veeru and Raju are lifelong friends until the devaious Chuniya exploits their relationship for his own ends. Veeru and Raju become bitter rivals. The film was a Silver Jubilee success all over India and hit at the box-office. 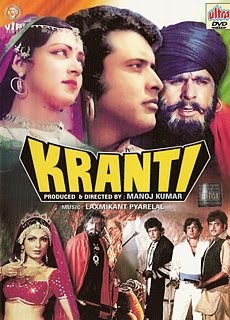 Kranti is a Indian Hindi film produced and directed by Manoj Kumar. It was released in 1981 and stars Manoj Kumar along with a very large cast consisting of Dilip Kumar, Shashi Kapoor, Hema mailini, Shatrughan Sinha, Parveen Babi, Sarika, Prem Chopra, Madan Puri and Paintal. The story was written by Javed Akhtar. The film takes place in the 19th century British India and is the story of the fight for independence from the British between 1825 to 1875. The film tells the story of men that lead the war against British Rule. A simple working man takes up arms and leads the fight for independence from the British. The performance of Dilip Kumar  was appreciated by the audiences and it is a good movie to watch. 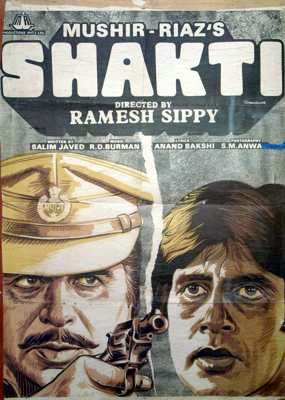 Shakti is a Bollywood film directed by Ramesh Sippy and produced by Mushir Alam and Mohammad Riaz. It was released in 1982 starring Dilip Kumar, Amitabh Bachchan, Raakhee, Smita Patil, Amrish Puri,Kulbhushan Kharbanda, Anil kapoor, BP Saxena. It was written by the famous writing duo Salim-Javed.Shakti was notable for being the first and only film to feature veteran actors Dilip Kumar and Amitabh Bachchan together on screen.Considered to be one of the greatest films in the history of Indian Cinema. This is a remake of 1974 Tamil Movie “Thanka Pathakkam”. A policeman’s son becomes a criminal after a childhood incident creates a rift between them. 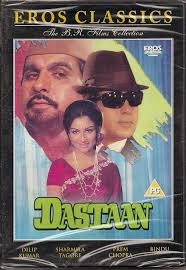 Dastaan is a film produced and directed by B.R.Chopra. It was released in 1972 starring Dilip Kumar, Sharmila Togore, Prem Chopra. Anil and Sunil are two twin brother. They have a friend named Meena who likes Sunil.As a child, Sunil gets separated from his family. Sunil is found by a man named Sahay, who renames him Vishnu. Judge Vishnu Sahay was brought up in an orphanage and has no knowledge of his family background nor of his religion. He is married to beautiful Mala, who he loves very much, and he has a loyal and trusting friend in Rajan. He is very much revered and respected in the city of Gorakhpur. The film’s music is by Laxmikant Pyarelal.