Mahesh Babu (born Mahesh Ghattamaneni on 9 August 1975) is an Indian film actor known for his work predominately in Telugu cinema. He faced the camera at the age of four as a child artist in 1979’s Needa. His first leading role was in the film Rajakumarudu, which was released in August 1999. He played a young Kabaddi player in the 2003 blockbuster film Okkadu, one of the biggest Telugu grosser of the time. He has won seven state Nandi Awards, four Filmfare Best Telugu Actor Awards, two Cinema Awards and two South Indian International Movie Awards. In addition to the films, he also endorses several brands in Andhra Pradesh and South India.He was also the national brand ambassador for Thums Up. 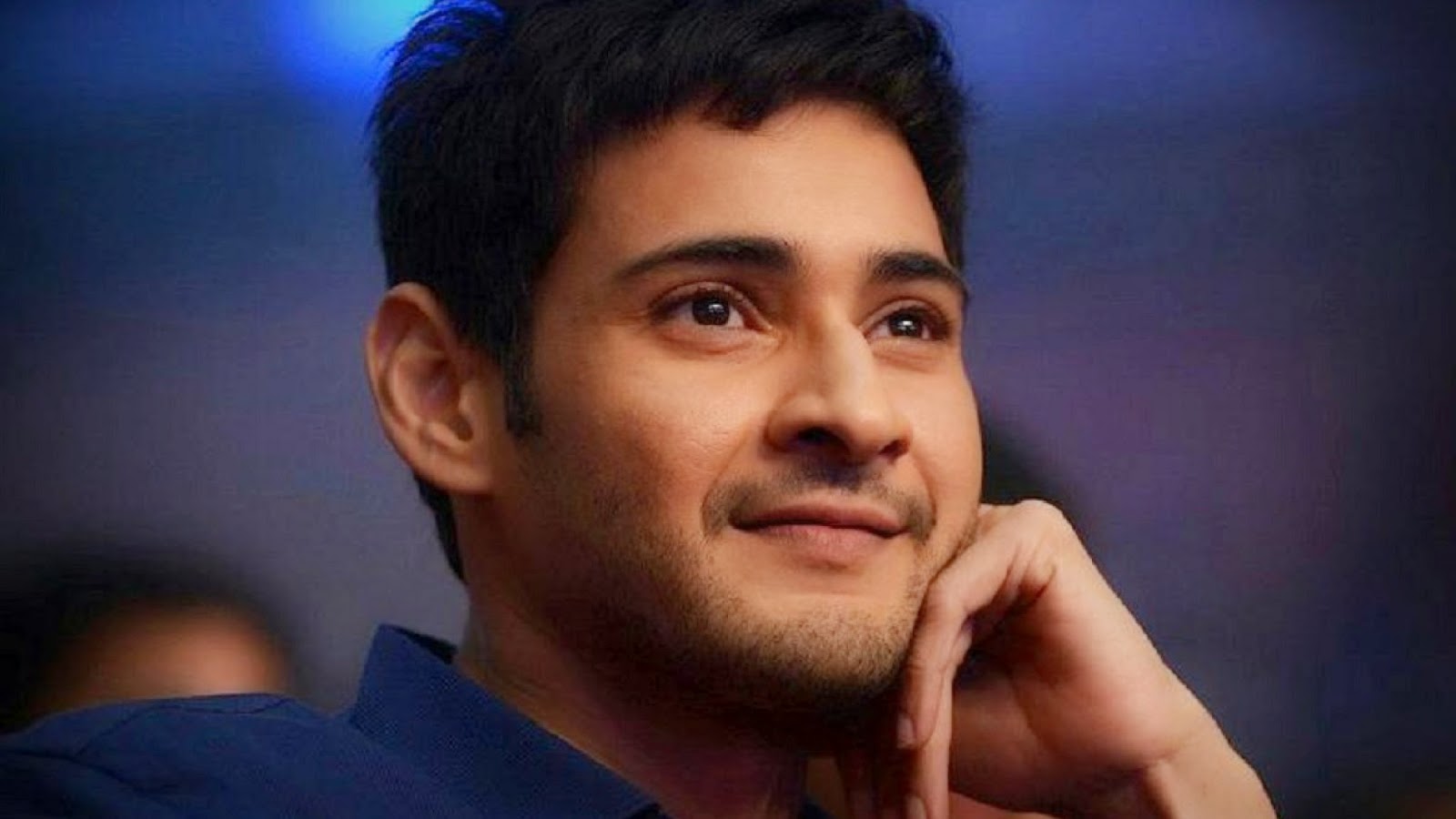 He was voted as the most desirable man in the Times Most Desirable Men 2013 online polls conducted by the Indiatimes Group.He was ranked 31st on celebrity 100 list by Forbes India in 2012, and 54th in 2013, and was ranked 30th in 2014. It is very difficult to choose ten of his finest films but nevertheless. Movienasha compiled a list of 10 Mahesh Babu movies. We hope this will entice you to watch some. Numbers here are in any random order and does not suggest the level of greatness in the movie. Please leave a comment if you think differently and have something in mind which you want me to notice. Your comment are most welcome! (last updated on 23 August 2015) 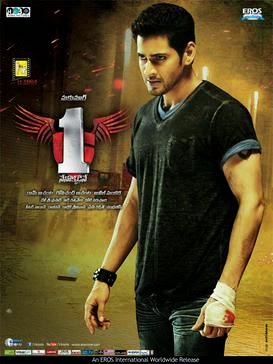 1:Nenokkadine (English Translation: I am Only One) is a Telugu Language Indian Neo-noir, psychological thriller film written and directed by Sukumar. The film was produced by Ram Achanta, Gopichand Achanta and Anil Sunkara under 14 Reels Entertainment. It was released on 10 January 2014 starring Mahesh Babu and Kriti Sanon. In this film, a rock star must overcome his psychological inhibitions to seek revenge for his parent’s death.Upon release, the film received positive reviews from critics who appreciated Mahesh and kriti’s performance and considered one of the best Mahesh Babu movies. The film grossed $ 1.2 million in the US, making it one of the fastest to reach $1 million marks, and one of the best opening ever for an Indian Film. The film is subsequently dubbed into Hindi as 1: Ek Ka Dum, produced by Riwaz Duggal. 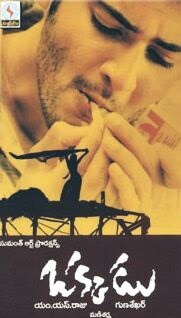 Okkadu (English: One Man) is a Telugu melodrama film directed by Gunasekhar and produced by M.S. Raju. It was released on 2003 starring Mahesh Babu, Bhumika Chawla, Parkash Raj, Mukesh Rishi, Geetha. In this film, a Kabaddi player rescues a young woman from an unwanted marriage and hides her in his home. The film gained eight Nandi Awards and four Filmfare Awards South. It was also remade in Hindi by Boney Kapoor as Tevar starring Arjun Kapoor and Sonakshi Sinha. It was also remade in Bengali as Jor. This movie was later remade into Tamil as Ghilli and became a blockbuster and regarded as one of the finest Mahesh Babu Movies. 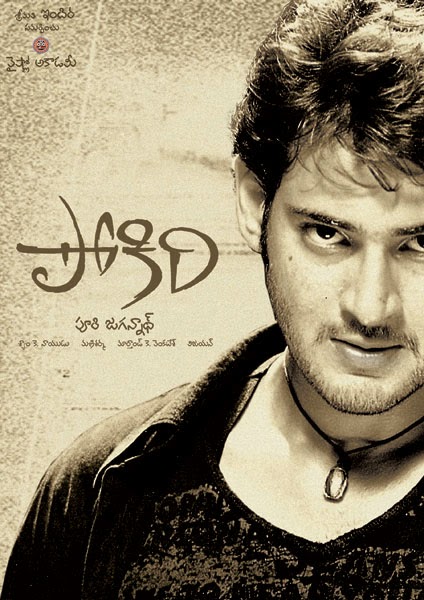 Pokiri is a Telugu, gangster-thriller film written, directed by Puri Jagannadh. It was released on 28 April 2006 starring Mahesh Babu, Illeana D’cruz, Prakash Raj. The film is a joint production between Puri Jagannadh’s Vaishno Academy and Manjula Ghattamaeni’s Indira Productions. In this film, Pandu is a killer for hire, and will accept any contract provided the amount is right. The Police wants him for questioning while the underworld needs him to silence their opponents. Upon release, the film received critical acclaim from critics and emerged as a Blockbuster.It was remade in multiple languages such as in Tamil as Pokkiri (2007), Hindi as Wanted (2009), in Kannada as Porki (2010) an also dubbed into Hindi as Tapoori Wanted. The film was premiered at the 7th IIFA Film Festival held in Dubai. 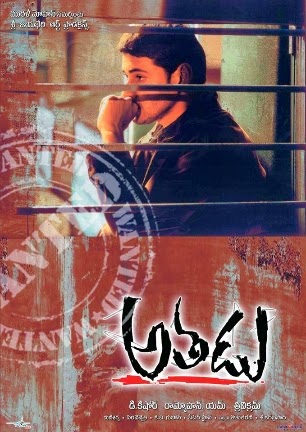 Athadu is a Telugu action thriller written and directed by Trivikram Srinivas. It was released on 10 August 2005 starring Mahesh Babu, Trisha Krishnan, Prakash Raj, Sonu Sood, Sayaji Shinde, Brahmanandam. In this film, A gunman for hire is framed for murder and assumes a dead man’s identity while hiding from the police. The film went on to become one of the highest-grossing films in Tollywood and marked Mahesh Babu’s career popularity after a hat-trick of flops. It was remade in Hindi as EK starring Bobby Deol, Nana Patekar, Shriya Saran and Kulbhushan Kharbanda and in Bengali as Wanted. It is one of the top Mahesh Babu movies and his performance in the movie was appreciated by the audience. 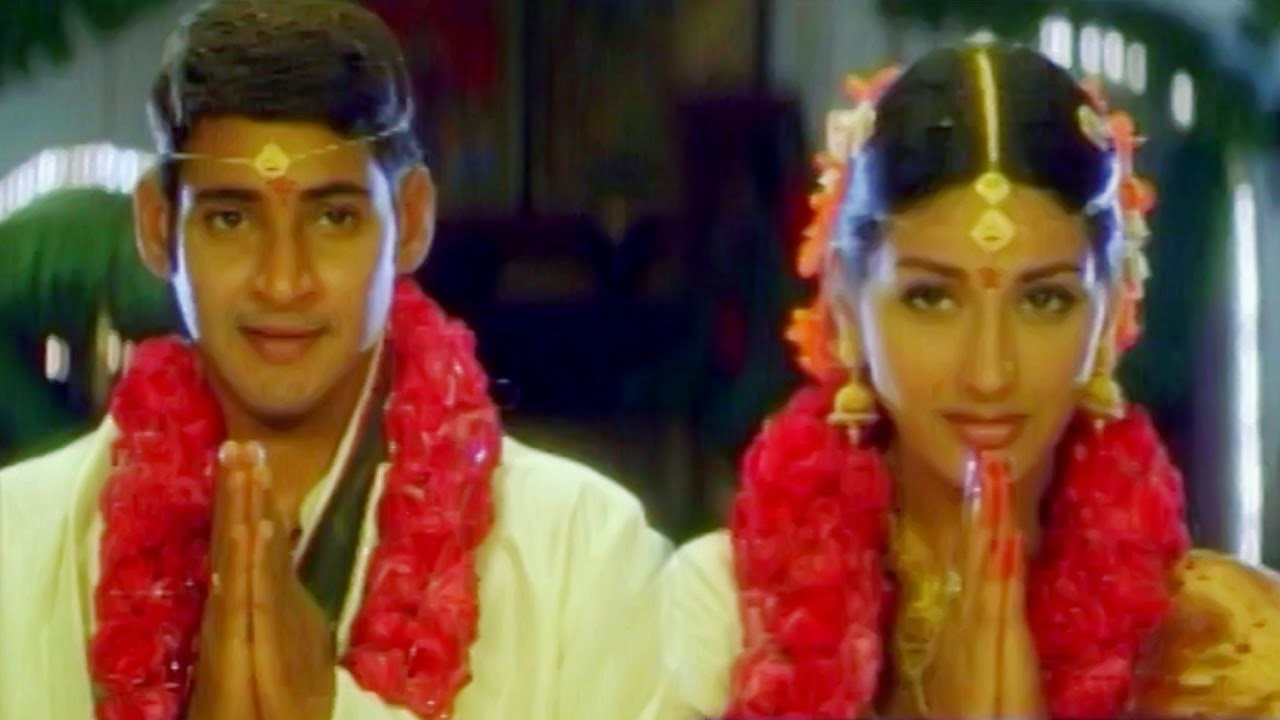 Murari is a Telugu Supernatural thriller film written, directed and edited by Krishna Vamsi. The film was produced by Nandigam Gopi on Ram Prasad Arts banner. It was released on 17 February 2001 starring Mahesh Babu, Sonali Bendre, Prakash Raj, Lakshmi, Satyanarayana and Dhulipala. In this film, A family is cursed by their goddess Sri Durga  because of a sin made by a person, Every 48 year a person gets killed. Sabari who saw the killings of her father, and her husband makes an ultimate sacrifice to save her grandson. The film was dubbed into Tamil with the same name due to Sonali Bendre’s popularity there. The film was remade in Kannada as Gopi with Murali playing the lead role. It is one of the crucial Mahesh Babu movies and he quoted the role of Murari as his favorite role. 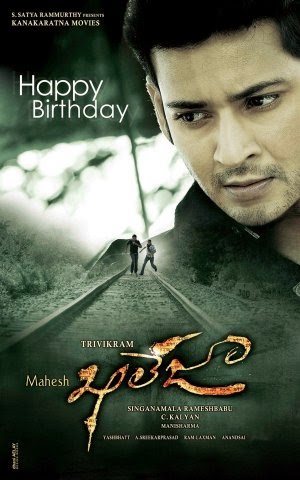 Khaleja is a Telugu action comedy film directed by Trivikram Srinivas.Singanamala Ramesh and C Kalyan produced the film as a Kanaka Ratna Movies production.It was released on 7 October 2010 starring Mahesh Babu, Anushka Shetty, Prakash Raj, Sunil, Brahmanandam. In this film, when a mysterious illness ravages a remote village, the villagers embrace a reluctant taxi driver as their savior.This movie won two Filmfare South Awards for Best Male Playback Singer and Best Lyricist. The film was dubbed in Tamil as Bhadra, in Hindi as Jigar Kaleja , Bengali as Ekai Eksho and in oriya as Abatar. 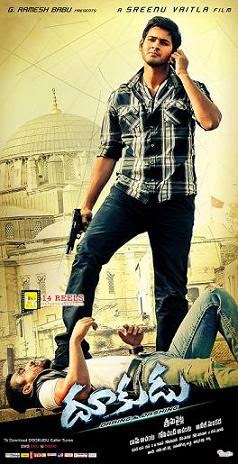 Dookudu (English: Aggression) is a Indian Telugu action comedy film directed by Srinu Vaitla.The film was produced by Ram Achanta and Anil Sunkara under the banner 14 Reels Entertainment. It was released on 23 September 2011 starring Mahesh Babu, Samantha Ruth Prabhu, Prakash Raj, Sonu Sood. In this film A young policeman hunts down the men who caused the accident that put his politician father into a coma. Upon release, the film received positive reviews and was commercially successful. The film was called as “The biggest hit you have never heard of” by The Los Angeles Times. The film collected a distributor share of ₹567 million in its lifetime and grossed more than ₹ 1 billion in its lifetime making it one of the highest grosser of 2011 in Telugu cinema. 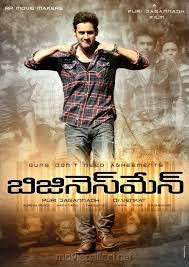 Businessman is a Indian Telugu crime film written and directed by Puri Jagannadh and produced by R.R.venkat. It was released on 13 January 2012 starring Mahesh Babu, kajal Aggarwal, Prakash Raj. In this film, An extremely intelligent and ambitious youngster “Surya” arrives in Mumbai to become a mafia don.The film received mixed feedback from critics, but was commercially successful. It grossed more than ₹ 550 million and collected a distributor share of₹ 448 million. The movie become one of the highest grossing Telugu Films of 2012 and examined as one of the foremost Mahesh Babu movies. 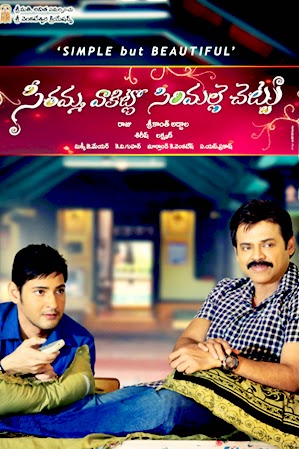 This is a Telugu drama film directed by Srikanth Addala and produced by Dil Raju. It was released on 11 January 2013 starring Mahesh Babu, Venkatesh, Anjali,Samantha, Prakash Raj, Jayasudha. The film was touted to be the first multi-starrer in comtemporary Telugu cinema.The film was nominated for eight South Filmfare Awards, winning two awards, Best Actor-telugu and Best Female Playback Singer-Telugu. The film collects ₹ 55 crore in its lifetime.The film was released globally and received rave reviews from the critics. 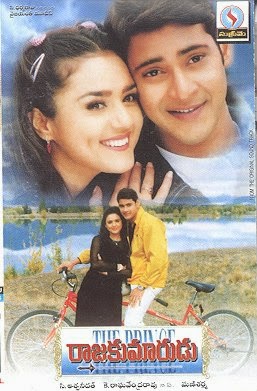 Raja Kumarudu (Translated :Prince) is a Telugu romantic comedy film produced by C.Aswini Dutt and directed by K.Raghavendra Rao. It was released on 30 July 1999 starring Mahesh Babu, Preity Zinta. It is first film of Mahesh Babu as Hero, received positive reviews and was commercially successful. It was dubbed into Hindi as Prince no.1. The film recorded as Super Hit at Box-office. Krishna made a guest appearance as the father of Mahesh Babu and music composed by Mani Sharma.
Here the list is not ended. One additional movie is also included according to my readers. I think this movie should be mentioned and the viewers should be noted it. The movie which i am going to mention is really a good movie to watch.

Aagadu (English: He Will Not Halt) is a Telugu action comedy movie directed by Srinu Vaitla and produced by Ram Achanta, Anil Sunkara and Gopichand Achanta. The movie was released on 19 September 2014 starring Mahesh Babu, Shruti Hassan, Tamannaah, Sonu Sood, Rajendra Prasad, Ashish Vidyarthi and soon. Shruti Hassan made a special appearance by performing  an Item Number. You may check out the item song here- Aagadu Item Song. The song received a very high response from the audiences. The song crossed more than 4.3 million views on the YouTube.
You may also like: