Amitabh Harivansh Bachchan born on 11 october, 1942 is an Indian Actor. He first gained popularity in the early 1970s for movies like Deewar and Zanjeer, and was dubbed India’s first “Angry young man” for his on-screen roles in Bollywood, and has since appeared in over 180 Indian films in a career spanning more than four decades. He has won three National Awards, 14 Filmfare Awards. He has had his stint with television and made Kaun Banega Crorepati a household show.Big B, as the media call him, has delivered the most number of top grossing hits at the box-office. The government of India honoured him with the Padma Shri in 1984, the Padma Bhushan in 2001 and the Padma Vibhushan in 2015 for his contribution to the arts. 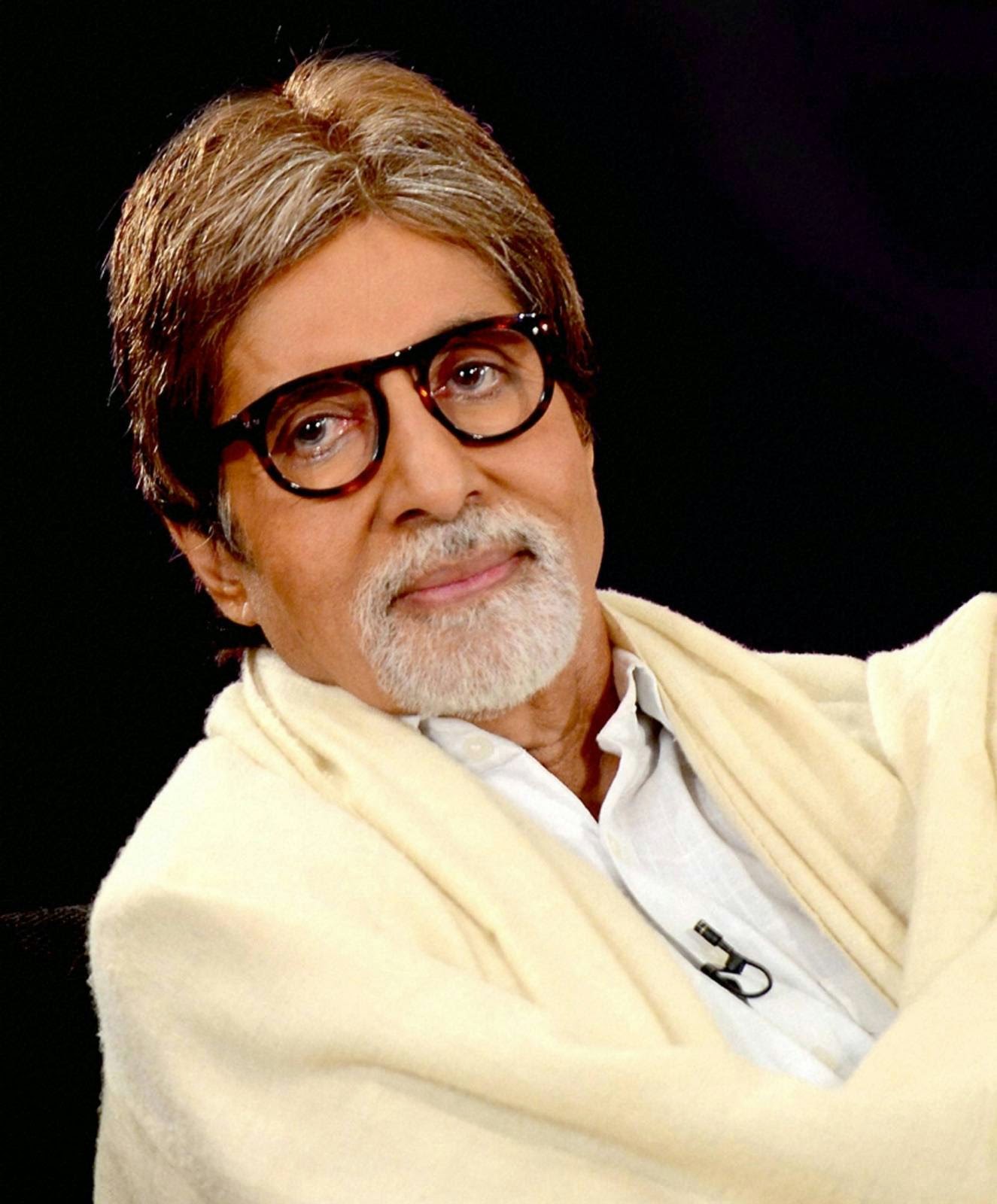 To celebrate the 72th birthday of Mr.Amitabh Bachchan and also to pay tribute to his contributions as an actor. It is very difficult to choose ten of his finest films but nevertheless, Movienasha compiled a list of Top 10 Amitabh Bachchan movies. We hope this will entice you to watch some.Here, almost all the movie listed below i personally watch and inspired me a lot. Numbers here are in any random order and does not  suggest level of greatness in the movie. Please leave comment if you think differently and have something in mind which you want me to notice. 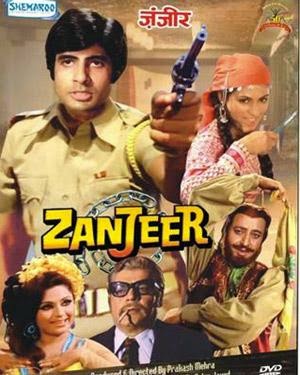 Zanjeer is one of the best Hindi action thriller movie directed and produced by Prakash Mehra. It was released in 1973 starring Amitabh Bachchan, Jaya Bachchan, Pran, Om Prakash, Ram Sethi, Ajit khan, Bindu. This was the birth of the angry young man and also it is one that should never have been remade. Big B plays Vijay, an honest police officer who is jailed on false charges and after his release , plans to make revenge. Zanjeer is considered Big B’s original debut film especially because all the superhits that he delivered solo were made after this. The film became a Super Hit, collecting Rs 60 million at the box-office. 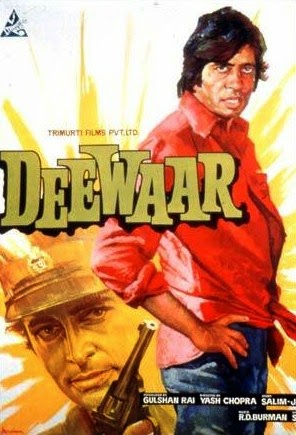 Deewar is a Indian crime drama film directed by Yash Chopra and produced by Gulshan Rai. It was released in 1975 starring Amitabh Bachchan, Shashi Kapoor, parveen Babi, Neetu Singh, Nirupa Roy, Satyendra kapoor, Iftekhar, Madan Puri.Deewar tells the story of a pair of impoverished brothers who after their family is betrayed by the misplaced idealism of their father, struggle to survive on the streets of Mumbai. The famous dialogue of fil was that “Mere pass bangla hai, gaddi hai, paisa hai, tere pass kya hai?”, asks an arrogant Vijay to his brother Ravi, and backs comes the legendary reply ” Mere pass maa hai”. The film become the super hit at the box office and received many awards.

Sholay is a Indian Hindi action-adventure film directed by Ramesh Sippy and produced by his father G.P.Sippy. It was released in 1975 starring Amitabh Bachchan, Dharmendra , Sanjeev Kumar, Hema Malini, Jaya Bhaduri, Amjad Khan. The film follows two criminals, Veeru and Jai, hired by a retired police officer to capture the ruthless dacoit Gabbar Singh. Sholay is a considered a classic and one of the best Indian films. It is the landmark film in Indian cinema. It was one of the first cult epics that bollywood saw. The film became super hit at the box office and ranked first in the British Film Insitute’s 2002 poll of “Top 10 Indian Films” of all time and also won 50th annual Filmfare Awards  and examine the top movies of Amitabh Bachchan. 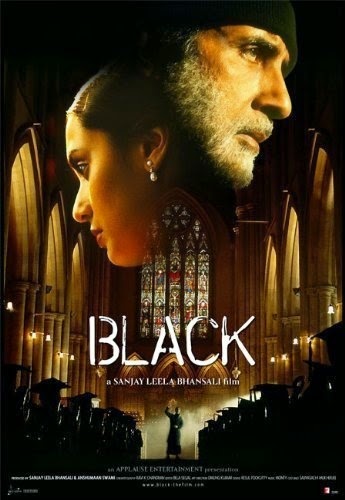 Black is a Indian drama film directed by Sanjay leela Bhansali. It was released in 2005 starring Amitabh Bachchan, Rani Mukerji, Shernaz Patel, Nandana Sen. Black revolves around a blind and deaf girl,and her relationship with her teacher who himself later develops Alzheimer’s disease. The film draws inspiration from Helen Keller’s life and struggle. Michelle was a girl who lost her eyesight and hearing after recovering from an illness at the age of two and exists in a black world where she is isolated in the darkness of her own existence, trapped by her inability to see, hear and express. She grows up becoming more and more frustrated by the black and dark world around her. Ranked as one of the ten best movies of 2005 from across the globe by Time magazine(Europe).It is only the fifth film to have won in all the major categories of the Filmfare Award. 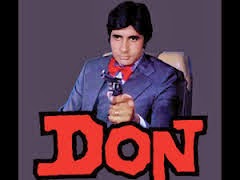 Don is a Indian action-thriller film directed by Chandra Barot and produced by Nariman Irani. It was released in 1978 starring Amitabh Bachchan, Zeenat Aman, Pran, Helen, Iftekhar.Amiatbh Bachchan was the original Don.This is the story of Don and Don’s look alike, Vijay, and how the fake takes over the role of the original helping the police bust his gang.He gave the unforgettable song “Khayke paan banaras vala”. A remake and sequel were released on 20 october  2006 and 23 December 2011, respectively. It was the third-grossing Bollywood movie of 1978, and was classified a golden jubilee by box office India. 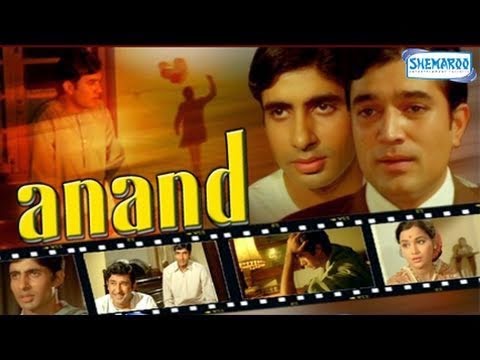 Anand is a Indian drama film written and directed by Hrishikesh Mukherjee. It was released in 1971 starring Rajesh khanna and Amitabh Bachchan. The dialogue were written by Gulzar. It is widely considered as one of the best films of Hindi films industry and the role of Anand is regarded as one of Rajesh Khanna’s best roles. upon its release, the film was a major hit. It won numerous awards and enjoys a cult status. Anand is definitely a must watch! It is a tear-jerking film which will make you appreciate the gift of life on a whole new level. The film begins with a felicitation  ceremony arranged by Dr.Bhaskar who has just wriiten a book titled Anand. Bhaskar is a cancer specialist and after the congratulatory speeches, he reveals that the book is not a work of fiction but taken from his own diary and pertains to his experiences with a real person named Anand. 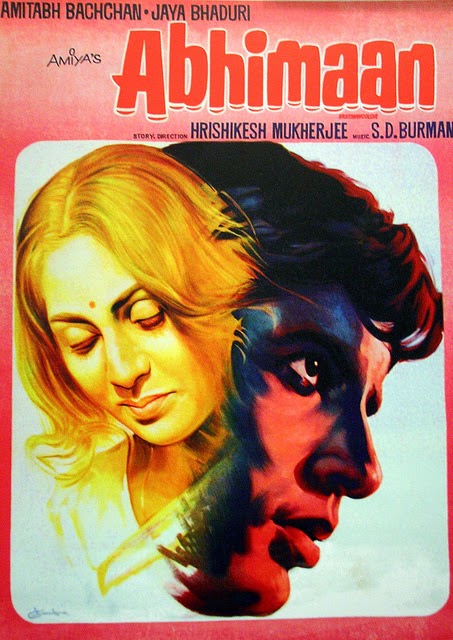 Abhimaan is a Bollywood musical drama film directed by Hrishikesh Mukherjee. It was released in 1973 starring Amitabh Bachchan, Jaya Bachchan, Asrani, Bindu, A.K.Hangal. Film was declared Hit by Trade Guide, the Bollywood trade magazine published at that time. When it was released, audiences found similarities between real-life couple Amitabh and Jaya and the couple they portrayed on screen as Jaya’s career was stronger than Amitabh’s at the time. She won the Filmfare Best Actress Award for Abhimaan. According to author  Raju Bharatan, Hrishikesh Mukherjee based the film’s story on the life of singer kishore Kumar and his first wife , Ruma Ghosh. The theme of the film bears a strong resemblance to “A Star Is born”. 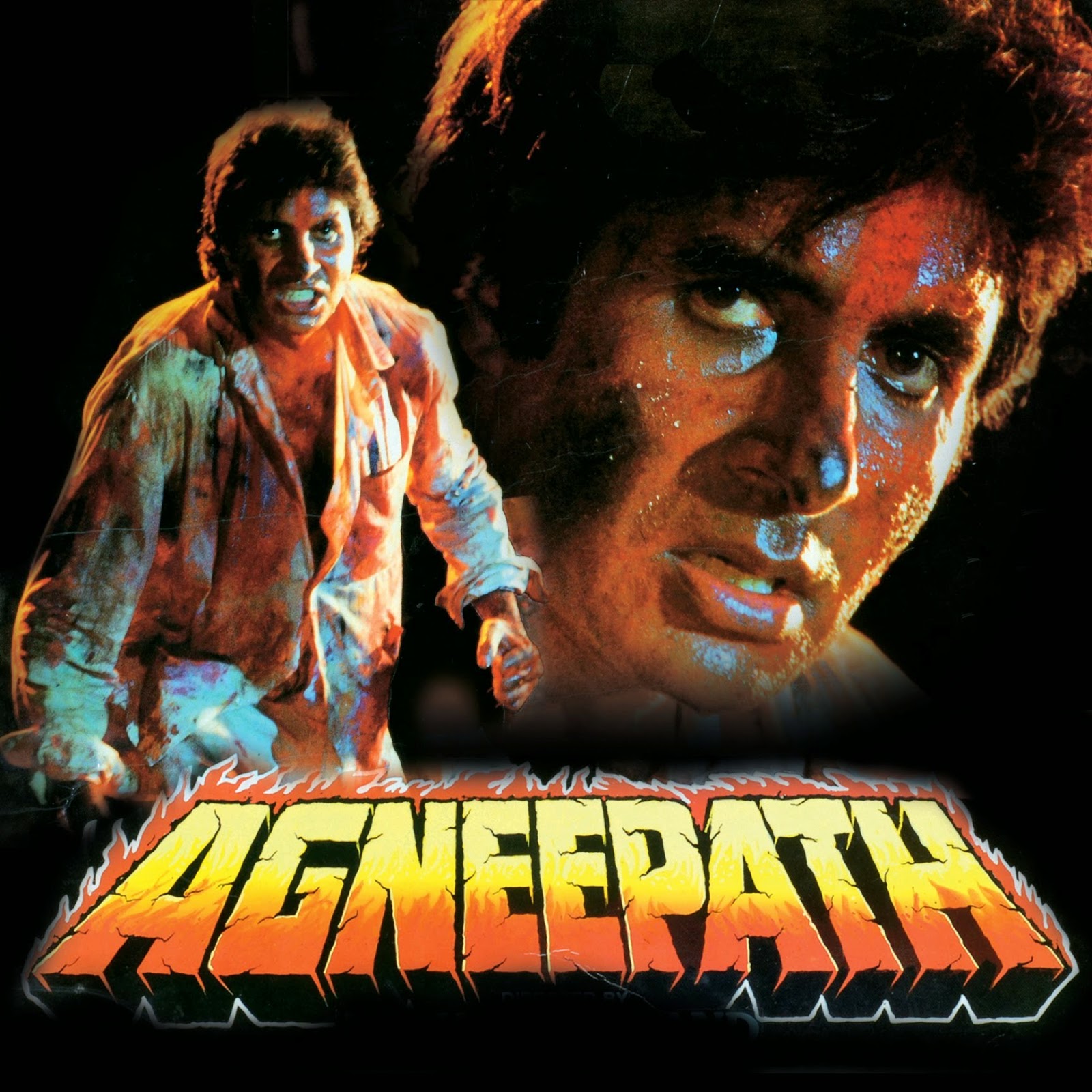 Agneepath is a Indian crime drama film directed by Mukul S.Anand and produced by Yash Johar. It was released in 1990 starring Amitabh Bachchan, Mithun Chakraborty, Madhavi, Neelam Kothari, Danny Denzongpa, Rohini Hattangadi and Alok Nath. The title was taken from a poem of the same name called ‘Agneepath’ which was penned by Harivansh Rai Bachchan, Amitabh’s father. Although the movie was a disaster at the box office, Agneepath has grown a strong cult film over the years. Bachchan and Chakraborty received the National Film Award for Best Actor and Filmfare Best Supproting Actor Award respectively for their performances. The film was remade in 2012 with the same title, by Johar’s son Karan Johar, as a tribute to his father. 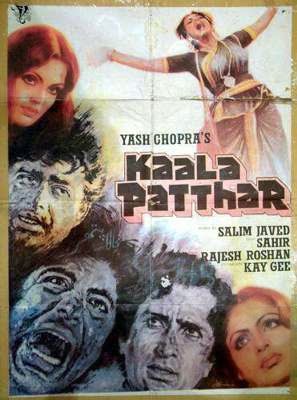 Kaala Patthar (English: Black Stone) is a Indian bollywood action/drama film based on the Chasnala mining disaster. It was produced and directed by yash Chopra. It was released in 1979 starring Shashi Kapoor, Amitabh Bachchan, Raakhee Gulzar, Shatrughan Sinha, Neetu Singh,Parveen Babi, Prem Chopra, Parikshat Sahni, Poonam Dhillion, Mac Mohan. The story was written by Salim-Javed. The film did average business at the box-office. It was nominated for Filmfare awards. Vijay Pal Singh is a disgraced Merchant Navy captain who is branded a coward, humiliated by society and disowned by his parents for abandoning his ship risking the lives of over 300 passenger. 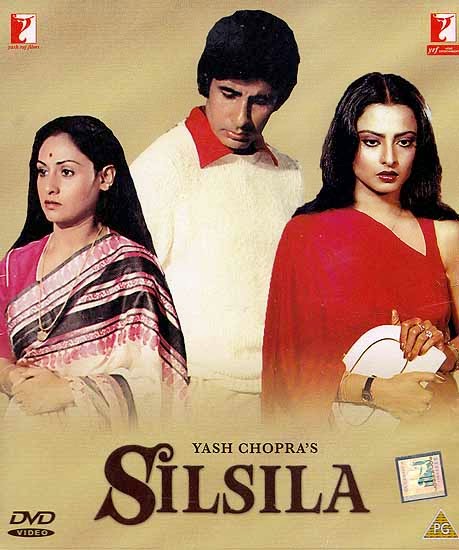 Silsilla is a Hindi romantic drama film directed and produced by Yash Chopra. It was released in 1981 starring Amitabh Bachchan, Shashi Kapoor, Jaya Bachchan, Rekha, Sanjeev Kumar, kulbhushan Kharbanda. The movie is said to be lossely inspired by the alleged real-life love traingle of its three stars Amitabh-Jaya-Rekha., the most talked about love affair back then. This was also the last film to feature Rekha with Amitabh Bachchan, putting an end to this popular on-screen pair and their rumored off-screen affair. The film did only average business at the box-office, faring much below expectations.Producer Yash Chopra considered this film and Lamhe his favourites. The movie’s music became a “Superhit” upon the release.