Mini Intro about The Revenant Movie Review: It is well said that success speaks for itself. There is no need to tell much about the movie ‘The Revenant’, its achievements at the award shows and box office is biggest proof that movie is really marvelous. Inspired by the novel ‘The Revenant’, The Revenant is an action, drama and adventure movie directed by Alejandro G. Iñárritu, starring Leonardo DiCaprio.

The movie is about the harsh survival of Hugh Glass (a role beautifully played by Leonardo DiCaprio) out in the wild after being attacked by a bear. The movie was released worldwide on 8th January 2016 and if you have not watched the movie yet, you should definitely watch it. But wait before watching the movie, here is a review of the movie. Scroll down to know more about the revenant movie review.


Cast and Role of The Revenant Movie


What Do I Conclude After Watching “The Revenant”?

After watching “The Revenant” I have only one word ‘awesome’. The Revenant means back from dead and in the movie Hugh Glass literally returns from dead. This shows that no matter what the circumstances are, when it comes to human spirit and will power nothing can stop you. After watching The Revenant one actually feels being connected to the nature. Some shots and sequences are being shot so beautifully that they really tells a lot about the natural beauty of our planet. It is one of the most awaited or we can say that one of the most anticipated movies of 2015 which you should definitely watch.

The Revenant is all about will power and human spirit. It is a story of a person who survived through a lot of harsh conditions after being attacked by a bear. He fought with every single challenge and survived even in the harsh weather conditions. The way Leonardo DiCaprio played the role of Hugh Glass, he actually put a life into the character. After watching the movie I can assure you that “The Revenant” is totally worth watching. So if you are wondering whether to watch movie or not, I recommend you to watch the movie.

A Little about the Story- The Revenant Movie Review


The Revenant is a story of a person who literally comes back from dead after surviving a lot of grating conditions. The story takes the time back to 1823 when a crew of trappers was hunting pelts on the land of US territories in the leadership of Captain Andrew Henry. The crew was attacked by Arikara Native Americans and their men were slaughtered brutally. Even though some of the trappers still survived including their captain Andrew Henry, Leading guide Hugh Glass (Leonardo DiCaprio) and John Fitzgerald (Tom Hardy) and they cleverly ride onto their boats.

But Hugh Glass recommends the crew to complete the rest of the journey on foot to the Fort Kiowa as the Arikara tribe will easily catch them if they continue their journey by boat. Captain Andrew Henry agrees to Hugh Glass and he commands the crew to carry whatever pelts they can carry and leave the rest of the pelts so that they can take them after bringing more of their soldiers.

But many men including John Fitzgerald were not happy with captain’s decision and he was particularly antagonistic towards Hugh Glass and his half native son Hawk. Fitzgerald thought that Hugh Glass was trying to kill the crew but Captain Henry just ordered the crew to follow Hugh Glass’s instructions as he had more experience on the native lands. So whole crew agreed to Henry’s decision and decided to walk.

During their camp while Glass was trying to hunt something for their meal, he was brutally attacked by a bear. Even though he fought with the bear and managed to kill it with his knife, still he was severely wounded and was literally near to death. When the crew found the wounded body of Hugh Glass, they could not kill him as they thought all of them owe their lives to glass. So rather than killing Glass they decided to take Glass with them on a sledge.

But when the crew finds it impossible to carry Glass any further, Captain Henry offers a prize of $3000. Glass’s son Hawk and Jim Bridger volunteers themselves to remain with Glass and after refusing their share of money, Fitzgerald also decides to remain with Glass for rest of the share. But Henry takes promise from Fitzgerald to stay with Glass till his last breadth and after Glass’s death give him a proper funeral. But Fitzgerald manages to convince Glass to kill Glass and save his son from any further problems. While he was trying to kill Glass, Hawk walked in and started to fight with Fitzgerald and got killed. Glass could do nothing to save his son and he watched his son’s death helplessly.

Fitzgerald quickly buried the body of Hawk and when Bridger returns to the camp, he convinced Bridger that Hawk was lost and Glass is dead and abandoned Glass half dead. But even then Glass manages to drag himself out of there and makes his way down to water stream. Meanwhile Bridger was feeling guilty to leave Glass out there while they were going to Fort Kiowa. But Fitzgerald cleverly convinced him that whatever they did was right. After reaching to Fort Kiowa they told Captain that Glass was dead and Hawk was killed by Arikara.

Glass swims across the current of the river and meets a friendly Pawnee who shared his meet with Glass. This gave Glass a little strength and he manages to complete his rest of the journey facing a number of harsh weather conditions. At Fort Kiowa a French hunter arrives who has lost his rest of the crew and was starving. So Henry offered him food and shelter after interrogating him. While hunter was eating, Henry found that he was carrying Glass’s water flask. He asked him about the place where he had found the flask. So he and his crew could go there and find Glass. The hunter told them about the place and their crew went for the search of Glass.

‘The Revenant’ was appreciated worldwide for its amazing script, direction and particularly Glass’s performance. This made the movie to receive many awards including Golden Globe awards, best motion picture, best director and best actor. The movie was also a receipt of nominations for best actor, best director and best actor in supporting role at the Academy Awards. The movie made DiCaprio to win his first Oscar for best actor in drama series. Still the movie is being nominated in different award shows and is also receiving many awards.

The box office collection of “The Revenant” is also tremendous. It was released on 25 December 2016 and till date it has collected overall $506.2 million worldwide which includes $182 million from North America and $304.2 million from other countries. The budget of the movie was only $135 million.

Should I Watch the Movie or Not?

Hell Yeah!! Definitely you should watch that movie. Movie like “The Revenant” is totally worth watching. The movie can literally give you goose bumps. Trust me the movie is so good that after watching it there would be only one word on your mouth AWESOME.. It is one of the most anticipated movies of 2015. That’s all about the revenant movie review. Also don’t forget to share your personal experience with us. Your comments or feedback are always welcome! 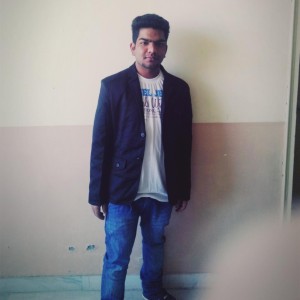 Hi, I am Mohit Vashist founder of Travelerspedia-Explore The World and a student of computer science engineering. I am a travel lover, I like going to new places. Exploring different places and spending time with nature is my biggest dream. Through travelerspedia I will be sharing information related to different tourist places worldwide.

A Complete List of Hollywood Movies Coming to Theaters 2017