Chiranjeevi aka Konidela Siva Sankara Vara Prasad is an Indian movie actor, producer, investor, politician, dancer, singer and voice artist who was born on 22 August 1955 in Mogalthur, West Godavari district, Andhra Pradesh, India. He is widely famous as Chiranjeevi and his die-hard fans called him as Chiru. Below the paragraph, We are sharing the complete list of Chiranjeevi Hindi dubbed movies.

He is mainly famous for his work in Telugu, Hindi, Tamil and Kannada cinema. He was the minister of state with a free charge for the Ministry of Tourism, Government of India. He made his acting debut with the movie Punadhirallu in 1978. He is also famous for his breakdancing skills. His acting and dance are always appreciated by the public.

Chiranjeevi’s father worked as a constable and got transferred on a regular basis. He spent his childhood with his grandparents. He was an NCC cadet (National Cadet Corps). He had also performed in the Republic Day Parade as an NCC cadet in the early 70s in New Delhi. From a very young age, he was interested in acting.

He did his graduation in commerce and to pursue a career in acting, he moved to Chennai and joined Madras Film Insitute in 1976. Since his family worshiped Anjaneya, a Hindu goddess, his mother advised him to take the screen name “Chiranjeevi” which means “live forever”, a reference to the belief of Hanuman living forever.

Chiranjeevi appeared in more than 150 movies in different types of roles. Apart from his acting and dancing skills, he co-produced Rudraveena in 1988 which won the National Film Award for Best Feature Film on National Integration. His Telugu movie Gharana Mogudu which was released in 1992 and directed by K. Raghavendra Rao is the first movie to gross over ₹10 crore at the box office. At that time, the movie made him the highest paid actor in India. The entertainment magazines India Today and Filmfare named him “Bigger than Bachchan”, a reference to Bollywood’s Amitabh Bachchan.

He is one of the most popular superstars of the Telugu Film Industry. One of the news magazine “The Week” named him as “The New Money Machine”. He also received Samman Award in 2002 for the highest income tax payer for the assessment year 1999-2000 by the Minister of State for Finance, Government of India. He won ten Filmfare Awards South and four state Nandi Awards. He has not only won Filmfare awards but also honored with the Padma Bhushan Award for his contribution to Indian cinema, which is India’s third highest civilian award. He was also named as one of “The men who changed the face of the Indian cinema” by IBN LIVE in 2013.

In 1988, He also founded the Chiranjeevi Charitable Foundation which is involved in human welfare activities. He is the co-owner of Indian Super League side Kerala Blasters. He has two daughters named Srija and Sushmita and a son named Ram Charan Teja who is also a brilliant actor in Tollywood industry. His younger brother, Pawan Kalyan, is also one of the best actors in Tollywood. One thing more, Chiranjeevi is the uncle of Allu Arjun, one of the stylish and talented actors in Tollywood industry.

Here I have compiled a complete list of Chiranjeevi Hindi dubbed movies. We will update the list with time to time whenever we get more information about Chiranjeevi’s Hindi dubbed movies. We hope this will entice you to watch some. The number here are in any order and doesn’t suggest the level of greatness in the movie. Please leave a comment if you think differently and have something in mind which you want me to notice. Your comments are most welcome.

Stalin Dubbed in Hindi as Stalin

Mrugaraju Dubbed in Hindi as Rakshak, The Protector

Rikshavodu Dubbed in Hindi as Devaa The Power Man

Muta Mesthri Dubbed in Hindi as Coolie The Real Baazigar

If You want to watch the Chiranjeevi Hindi dubbed movies then click on the movie name and Enjoy it:

Do let us know which of these Hindi dubbed movies of Chiranjeevi you have already watched? Are you missing your favorite Hindi dubbed movies? If yes, then do let me know via comments. Don’t forget to share this list with your friends on Facebook, Google Plus, and other social media. Stay tuned with me for more updates!! Don’t Worry about the Updating part.

Check out the Hindi dubbed movies of all South actors

Check out the Hindi dubbed movies of all South actress 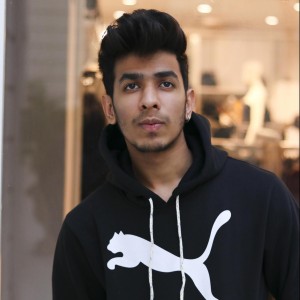